DNS poisoning changes the HOSTS file - maps hostnames to addresses - . It works by changing an IP addresses to point to a malicious site instead of the original one.
DNS poisoning redirects requests accessing the DNS server to the wrong - malicious - machine.

DNS servers exchange and synchronize information between themselves using zone transfers.
Below is a simple diagram that describes this attack: 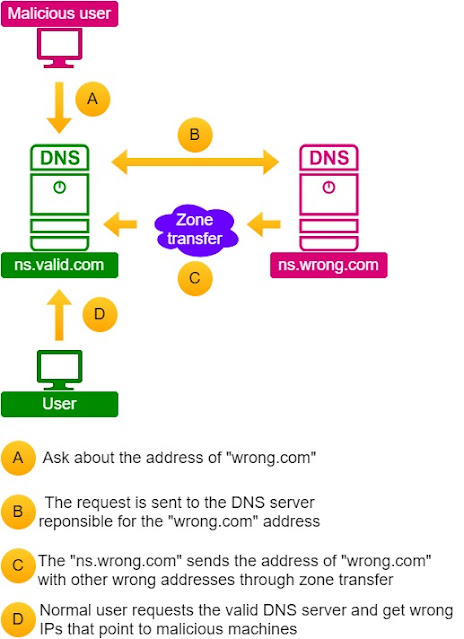