As I am currently preparing my home lab and I faced some networking issues with an arm64 deployment of Ubuntu and Docker, I now prefer to start from scratch, so below I am going to show you how to remove completely docker from Ubuntu.

Login as a root user on your ubuntu machine and type the following commands. 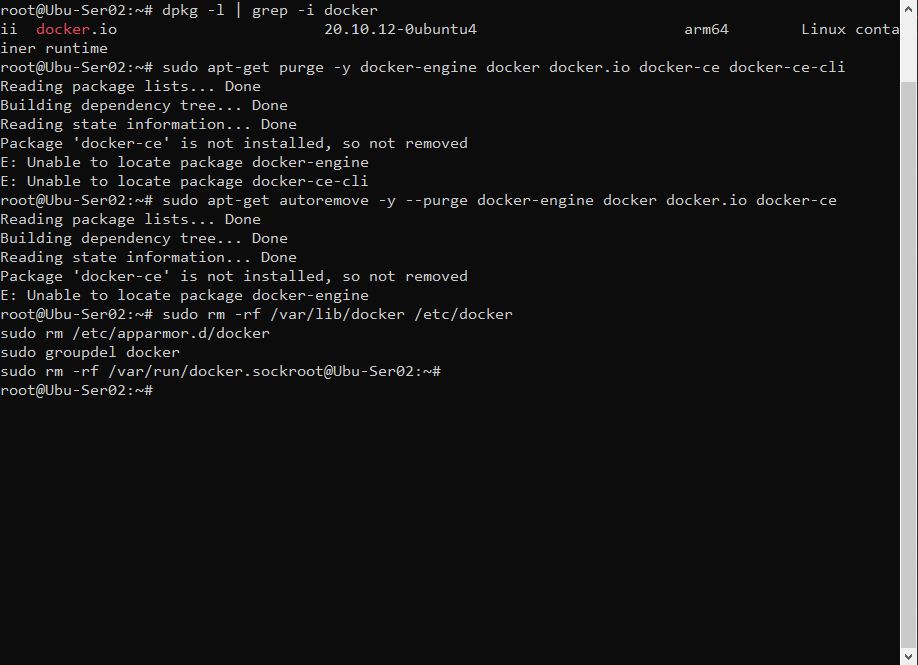 In addition to that, I also remove the docker, docker-init, docker-proxy, and dockerd located in the dir "cd /usr/local/bin/"