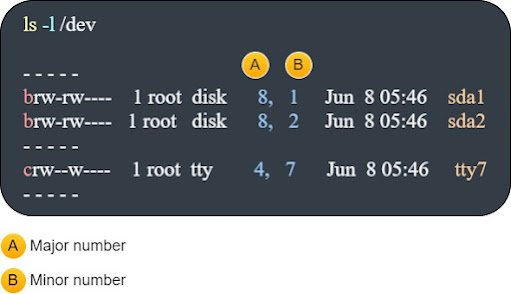 To check the block and character devices used by our system, we could check the "/proc" virtual filesystem as below: