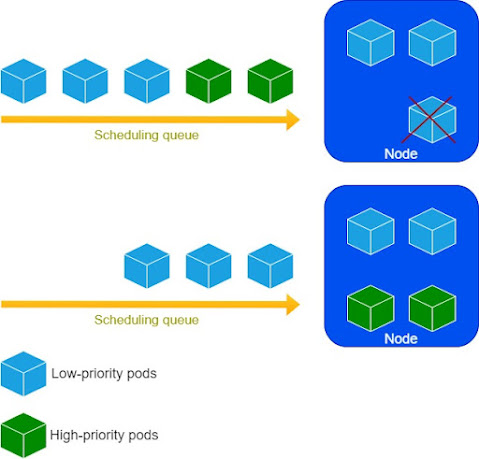 Below is a simple diagram of high-priority non-preempting pods in: 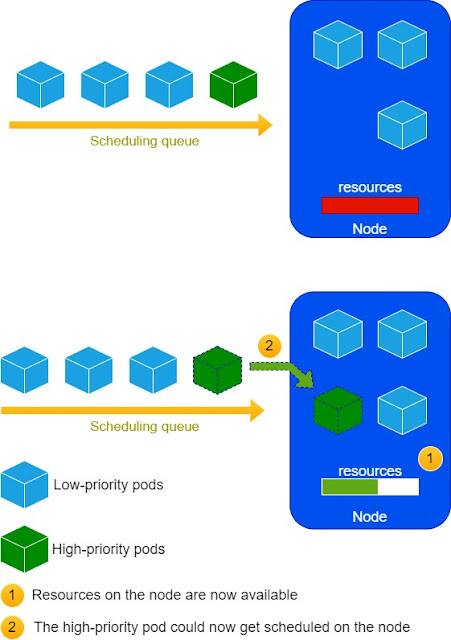 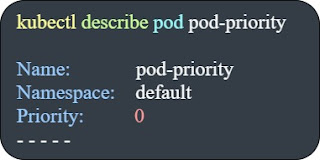 We can check the priority classes defined in our system using the below command:

Below is an example of a priority class named "priority_1":

Below is an example of a pod that uses the above priority class: 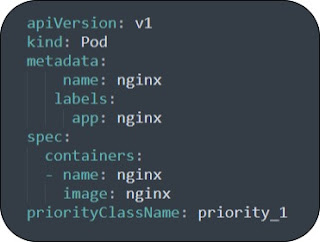 Remark:
Affinity and anti-affinity rules override high-priority rules.
If we want to define a default priority class for pods that don't have one assigned to them, we could do it as follows:

To check our priority class after running the "kubectl apply" on its Yaml file, we use the below command: