To test whether the DNS server is working properly, we could use the "dig" utility that resolves a hostname and returns its IP address, along with some other information: 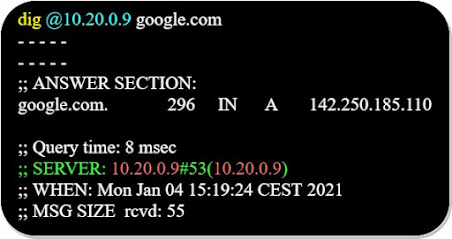 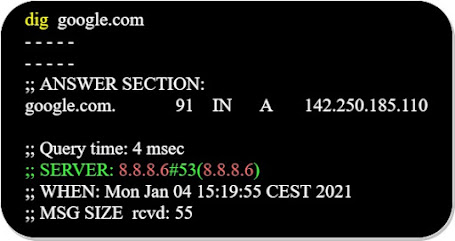 Using "nslookup" To test the DNS server:
We could also use the nslookup tool as below to test our DNS server:

If we omit the "dns-server", the default one in the "/etc/revolv.conf" file will be used.
The "host" utility:
The "host" utility is a simple tool that could be used instead of "dig" to get the IP address of a host as we can see below:

Example:
Using the default DNS from the "/etc/resolv.conf" file: 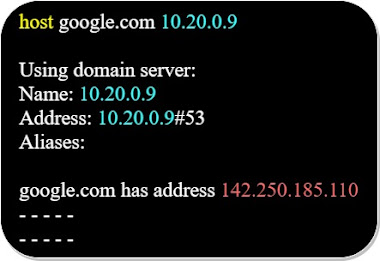 DNS configuration files:
"/etc/hosts":
The file contains a mapping between IP addresses and URLs as we can see below:

The "/etc/revolv.conf" file contains a list of name servers. We don't have to edit the file manually, it is populated automatically by the "systemd-resolve" service.
Remark:
If we change the DNS configuration files, we would need to restart the DNS server using the below command: