Kubernetes 101 : an overview of Resource requests and Limits

ByIkbalCPosted atMay 29, 2021
Share
Resource Requests, "The Minimum Required Resources":
A pod can request the resources needed to run its containers.
Pods can request that a container gets scheduled on a machine that could provide it with a quarter of a CPU resources, and 256 MiB of RAM for example.
We define that in the pod's Yaml file as below: 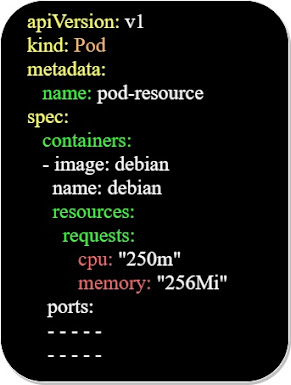 Resource requests and the scheduler:
The kubernetes scheduler uses the requests to assign pods to nodes that fit the requirements of the containers.
The request tells the scheduler about the minimum resources needed by containers.
A pod scheduled on a two CPUs node with a request of "250m", will use the two CPUs.
If another three replicas of the same pod get scheduled on the same node, all four pods will get "250m" - a quarter - of CPU each.
In any case the pod is guaranteed a minimum of "250m" CPU.
Using Limits: 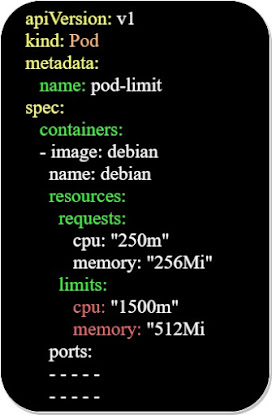 A container will not be allocated a CPU count beyond the limit of "1.5 cores" and it will not get more than "512Mi" of RAM.
Post a Comment
Labels#Kubernetes