Kubernetes 101 : An overview of StatefulSets and Deployments

Stateful applications are deployed using StatefulSet objects.
Below is a Yaml file of a deployment object: 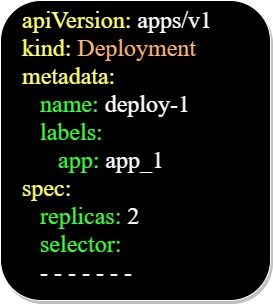 Pods in our deployment will be similar, they will be created in a random order, and will get random hashes attached to their deployment's name, for example "deploy-1-5b9fb7b7d9".
The service that load-balances the request, will send the request to any of the pods, also when we scale down the pods, pods will be deleted randomly.
Below is a Yaml file of a StatefulSet: 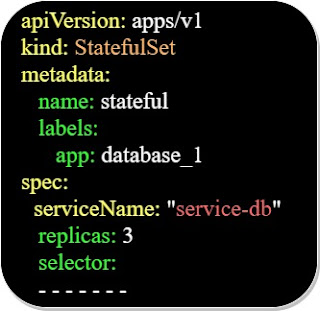 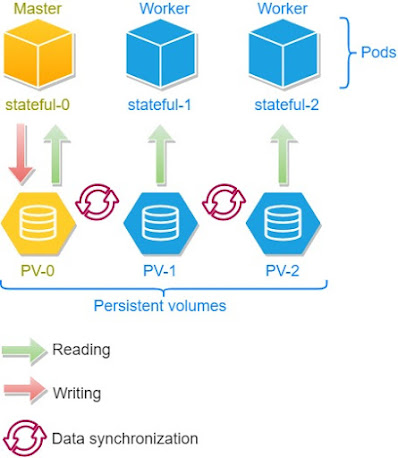 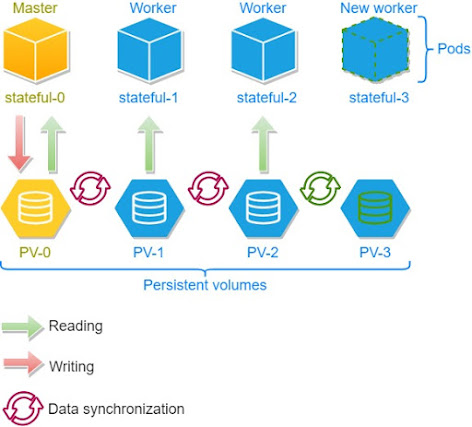 Remark:
We avoid cloning data directly from the "master" so as not to impact its performance especially the network resources.
Stateful pods naming:
Stateful pods get fixed ordered names, that consist of the below:
"statefulset-name-number"