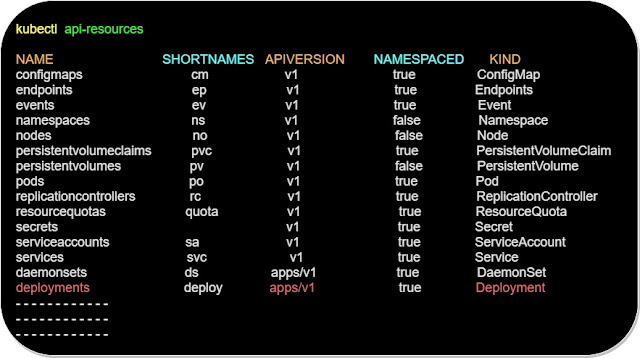 We get the Name of the resource and its API version and also the Kind (we use "kind" in theYaml configuration files).
API Group/Version:
We could also get the version of the API by checking the API group it belongs to.
We can check the latest information about the API groups in the kubernetes page as below: 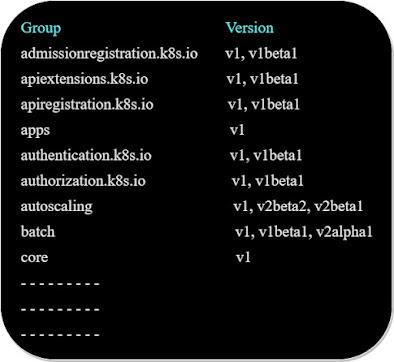 It is what we use in the configuration Yaml file, for example: 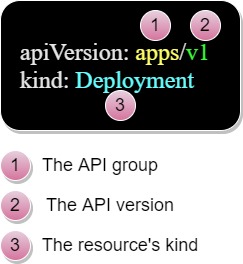 The Kubernetes APIs hierarchy:
For the API we have the "core API": 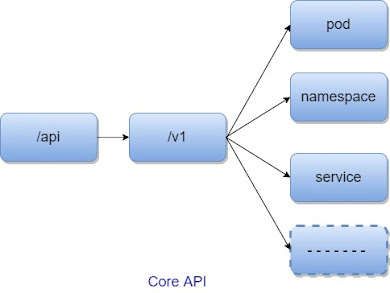 And we have also the "named API": 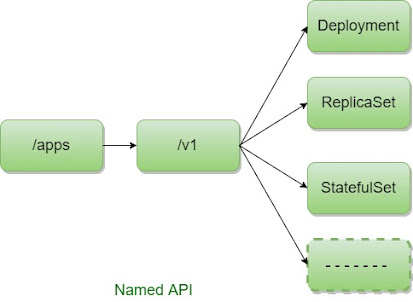 The format of the "api-version" is "Group/Version", as we can see in the below examples ( taken from the Yaml configuration files)
Named API: apps/v1

Digging inside the kubernetes components:

We can investigate the "services" resources for example, using the below command: 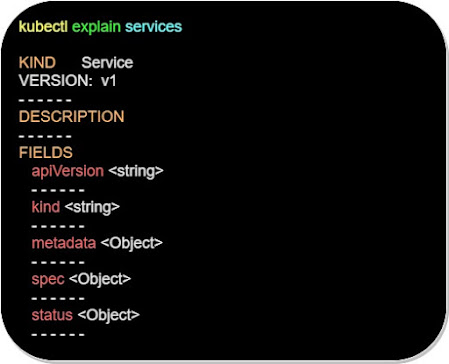 We dig deeper into the "services.spec": 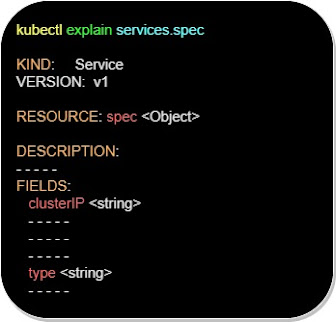 We can go even deeper into the "services.spec.type": 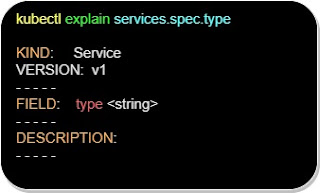 The above hierarchy of the "service" is reflected in the configuration Yaml file used for the kubernetes service object: 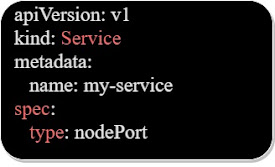