Units replace i a way scripts for launching programs and targets are the equivalents of runlevels.
A unit describes a service on the system. The unit has the following components:
Below are some of the unit types in Linux:
The systemd uses the following naming convention, name.type for example sshd.service.
You use the systemctl command to list the units currently loaded in your Linux system: 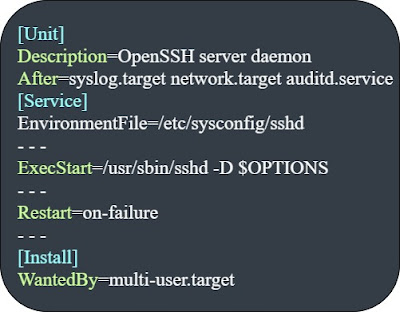 Below is a simple description of same of the parameters that we have seen above:
Target units:
Target units use configuration to tell systemd which service units it needs to start.
For example for the graphical target - starts a system with a graphical interface -: 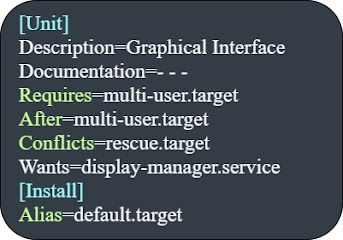 Systemctl is the tool we use to manage services/targets.
Below are some parameters that we could use with the systemctl command:
Example: