ByIkbalCPosted atApril 18, 2022
Share
The kubernetes scheduler may not be able start a pod on any node due to resource shortage.
We could check the "allocatable" resources in a kubernetes node using the below command - all the node have the same resources -: 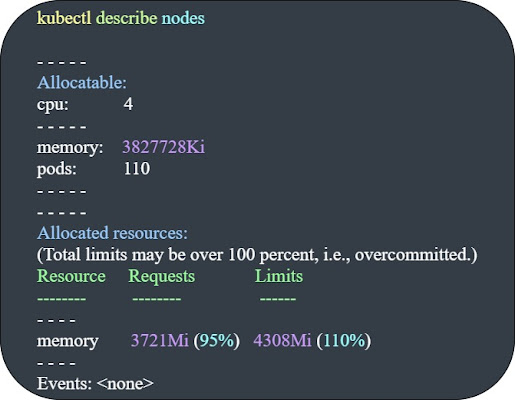 We could see that our node has about 4G of memory and four core
CPU.
If for example we schedule a Burstable pod with more than 100 MB of memory request - 500Mi  for example - , it may not be scheduled on any node of the cluster.
Below is an example of a pod that asks for more than the available 100 MB: 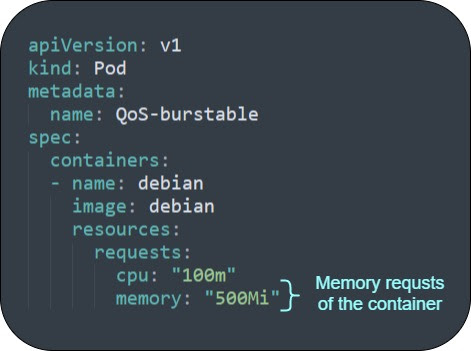 The available memory is about 100 MB - Allocatable memory minus the total requested memory, in the output of the "kubectl describe nodes" command -
We check the status of our pod:

We could check the cause the "Pending" state by using the below command:

The results show "insufficient" memory because the memory request of the "QoS-burstable" pod goes far beyond the memory that could be offered by any node of the kubernetes cluster.
Post a Comment
Labels#Kubernetes