The below command allows traffic whose destination port matches "port_number":

The next three policies are the default ones regarding the INPUT, FORWARD and OUTPUT chains: 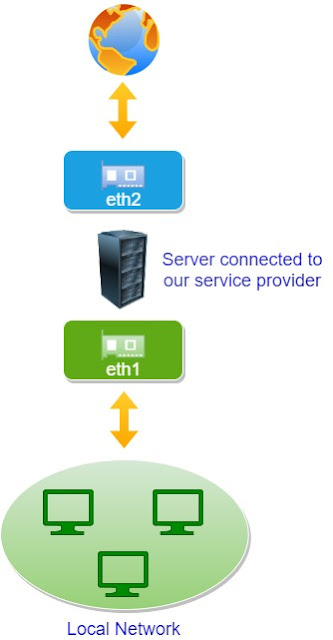 If we have NAT setup on the server connected to the internet, we could set the NAT on the outward facing interface "eth2" as below:

The below command accepts all packets forwarded from the internal interface "eth1" of  the server: