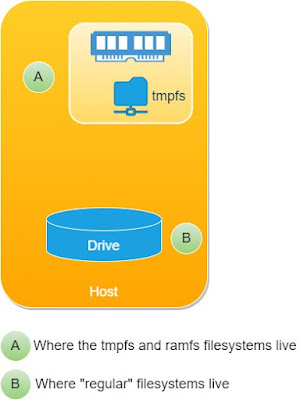 We could consider the tmpfs as an improved version of the ramdisk - /dev/ramXX -, which could not be resized nor swapped out to disk
Mounting a tmpfs filesystem:
To mount a tmpfs filesystem, we use the below command:

Giving "tmpfs" a size:
Mounting a "2G" "tmpfs" filesystem on the "/tmpfs-mount" directory.