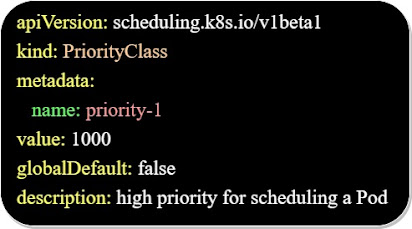 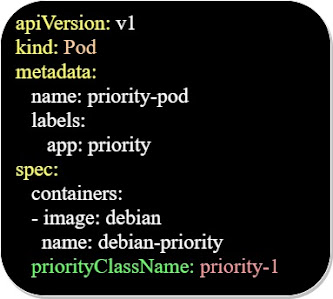 When we have a lot of pods waiting to be assigned to the kubernetes nodes, the scheduler takes into consideration the priority of the pods - the pods with higher priority get scheduled first -
Remark:

The scheduler can also terminate lower priority pods - using the default preemption policy in kubernetes - and replace them with higher priority ones if the resources are scarce on the nodes.
Post a Comment
Labels#Kubernetes