Every user on a Linux system have their own primary group. It usually has the same name as their username.
The user "debian" for example will have as its primary group the "debian" group.
Secondary groups:

Secondary groups are groups that users could belong to in addition to their primary group to have access to other folders. 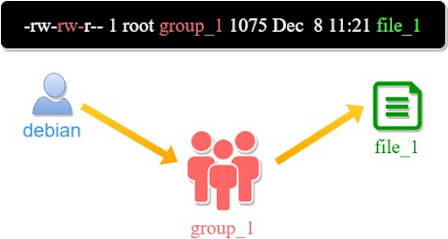 If the user "debian" becomes a member of the group "group_1", he could have "read-write" access to the file "file_1".
Adding a group:
The below command adds a group named "group_2" to the system:

Important:
The above command will delete all the secondary groups the user is a member of, it will only keep the newly added group "newgroup".
To avoid the above scenario, we use "-a" option "append":

We can check whether the new group was added using the below command: