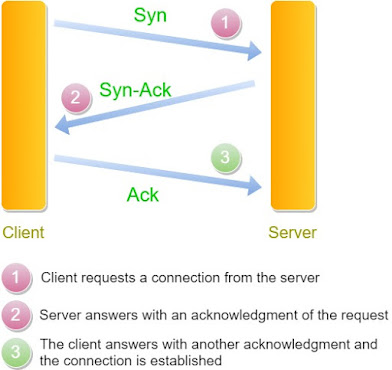 The nmap tool:
The nmap tool allows us, among other things, to do a UDP or TCP scan of the network ports on a network of hosts.
Scanning a limited number of hosts in a network:
The example below scans 30 hosts in the network "10.20.1.0":

Nmap only scans a subset of the network, it scans 30 hosts.
Using the above command, nmap pings each host to see if the host is up.

We can use the above command to check if any service is open on the host.
The command opens a connection on the port of a service and closes it before the connection is fully established (TCP SYN ping).
We send an empty TCP packet with a SYN flag set and we wait for the usual SYN ACK response
UDP ping scan:

We could also use UDP scan, that by default it scans the port 40125 which is not likely to be used.
The "port unreachable" response indicates the the host is up.
Below is the command for the UDP scan:

-PS : does a TCP port scan
The above command displays the version of the service running on port 80.
UDP scanning:

-P0 : assumes that the host is up but not responsive to host discovery (Ping scan).
-F : fast scan to a limited number of ports.
-sU : does a UDP port scan.

The above command displays a list of UDP ports and the services associated with them.

Discovering the operating system of a host:

The above command probes the TCP ports and a does a host discovery ( Ping scan ).
-PS : does a TCP port scan (Ping Scan)
-A : Aggressive mode which does OS detection (-O), software version detection (-sV), script scanning (-sC) and "traceroute" which records information about the route the packets take on their way to their destination (10.20.1.1).
Remark:
-s : stands for a script scan, it uses the default nmap scripts.
Post a Comment
Labels#Linux, #security