Creating a role:
We could have roles for database administrators, developers,...
We create a role by creating a kubernetes resources in a Yaml format "administrator-role.yaml": 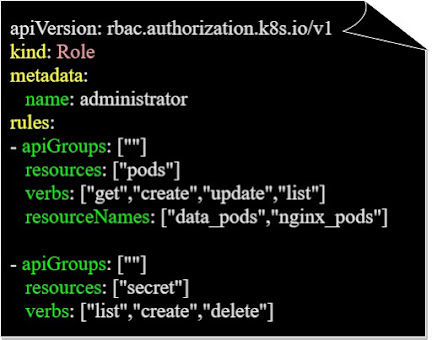 We create a role using the below command:

We can have multiple rules for a role.
Role binding:
To attach a role to a user, we will need to write a RoleBinding resource in a Yaml format: 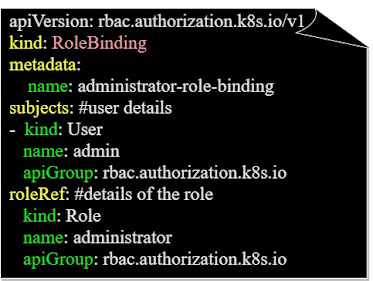 Then we can create the RoleBinding resource, that binds the user "admin" to the role "administrator", using the below command:

Displaying the rights of users:
To see our access rights as a user, we could use the below command to see our rights regarding the creation of "pods" for example:

Or as an administrator of the cluster, we could use:

We could optionally add the namespace to see the rights in that specific namespaces: