ByIkbalCPosted atMarch 21, 2021
Share
The docker0 bridge is a Linux virtual bridge that docker uses to connect containers that live on the same host. 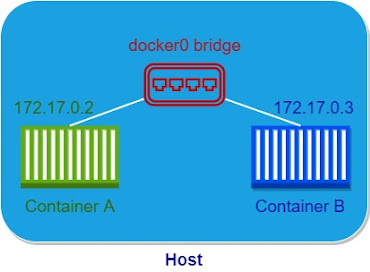 We can also attach a docker service that creates two replicas of the same container to the overlay_1 network: 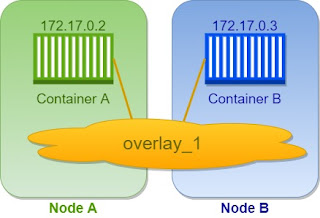 A service deploys a number of replicas of the same container. The service also restarts if it crashes, moves it to different node when necessary,...
Below is an example of what an overlay network looks like.
It connects containers that live on different nodes of the cluster: 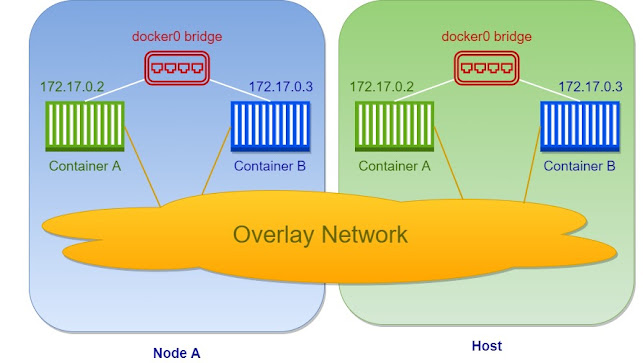 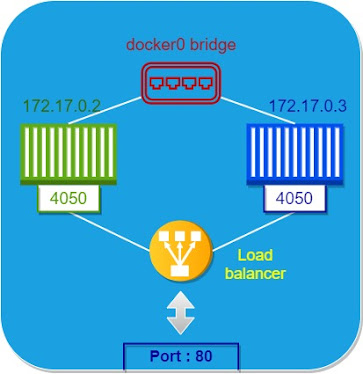 Docker built-in DNS:
Docker has a built in DNS server (127.0.0.11) that maps a container's name to an IP address making it easier to track containers even if they restart with different IP addresses.
Post a Comment
Labels#DockerSwarm