Recently it happens to me to encounter a laptop that HP that was having an overheating problem, due to that windows was showing several error messages. The first step I did was to open the laptop to double-check the situation in the fan and the thermal paste.

I was highly surprised to see that since 2008 the fan wasn't cleaned at all, therefore was having a considerable quantity of dust stuck on it. So first I remove the dust, I clean the fan with air compressed and I put a little quantity of oil (for engines) into the engine of the fan.

After that I decided to focus on the thermal paste, of course, the owner of this laptop decided not a long time ago to change the thermal paste probably basing his knowledge on watching a youtube video that explains "how to do it".

The result? The excessive amount of thermal paste was transferring undesirable heat to the CPU’s electrical contacts and the surrounding PCB. And that was bad!

After all this work, the heat temperature from the various components of this laptop comes back to regular temperatures, and the was an high improvement in the noise produced by the fan. Also, all the error messages reporting high temperatures were solved and now the laptop works properly again.

So my recommendation is: "A little amount of thermal paste is better than too much. "

Here below you can see some photos of the work I did: 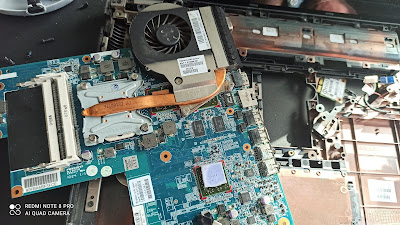 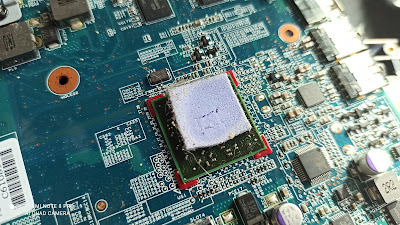 After I cleaned the enormous amount of thermal paste that was used on this laptop. 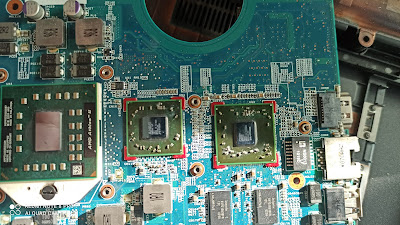 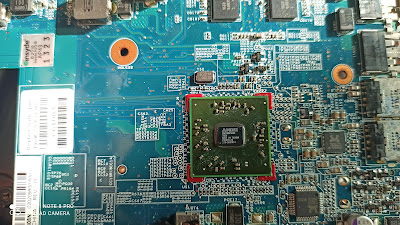