We can display the history of an image (ID : e7d08cddf791) by running the below command:

The command above shows the list of steps (history) that were followed to create the image.
We could also use the command:

Remark:
We can use the first characters (e7 instead of e7d08cddf791) of the image as long as they are unique.
Docker component disk resources usage:
Depending on the storage driver, the below folders could be found in other directories - we use the overlay2 storage driver here - : 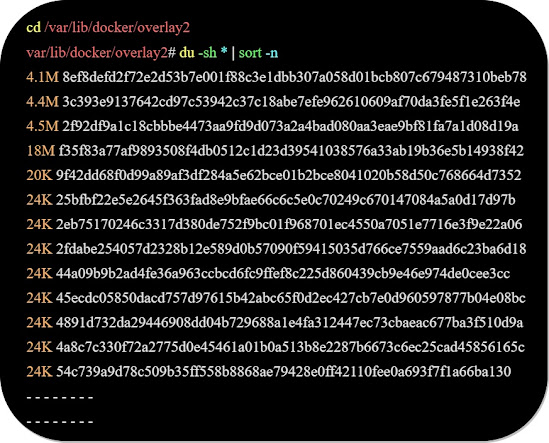 We could get more details using the below command: 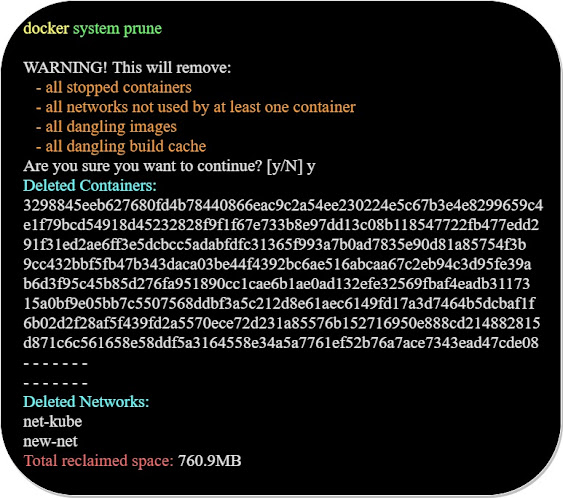 Remark:
Docker volumes are not deleted by default to prevent data from being removed.
Post a Comment
Labels#docker