Docker 101 : A dive into the Bridge networking model for containers

ByIkbalCPosted atMay 01, 2022
Share
The networking models for containers are bridge, none, and host, bridge being the default one.
Docker uses a virtual Ethernet interface - veth - to connect the virtual docker bridge - virtual switch is created to connect containers to the host and to each other - to the containers.
Docker also assigns a network namespace - network stack, network interfaces, ... -  to each container.
The virtual interface - veth - is like a virtual cable that connects the virtual docker bridge to the container's namespace.
Traffic coming from outside the host on port "88", will go through the bridge - docker0 - and it will be routed to the virtual interface of the container on port "80" as demonstrated in the below example:
Let's look at the below example: 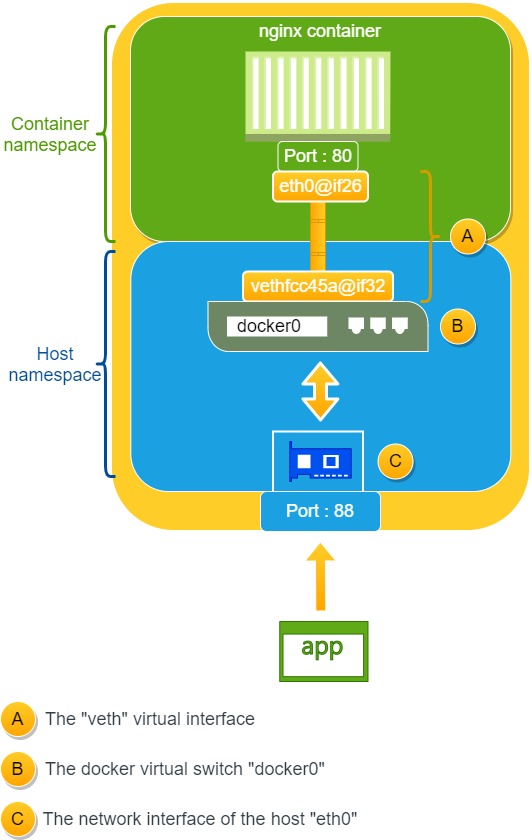 Below is the command that allows us to do the port forwarding described above:

Remark:
To see the virtual bridges on a system, we could use the below command:

Let's check the interfaces inside the nginx container: 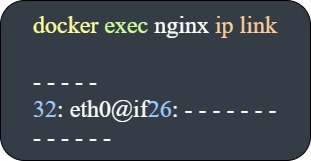 For the incoming packets to be able to reach the containers, docker creates a dnat - prerouting - rule as follows:

We map destination port "88" on the host to port "80" of the container.
The dnat rule modifies the destination data - address, port - of the packet.
Remark:
The prerouting iptables rule are applied to a packet when it enters a network interface.
Post a Comment
Labels#docker