source: is the directory, file, or value we get the configuration data from.
Example:

The file is composed of data in the form of key, value pairs.
Getting a variable from a configmap in the Yaml file: 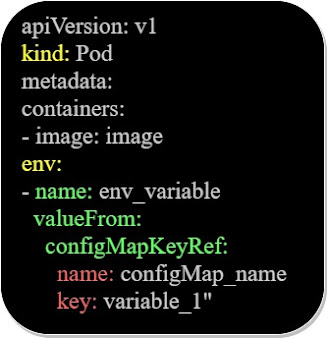 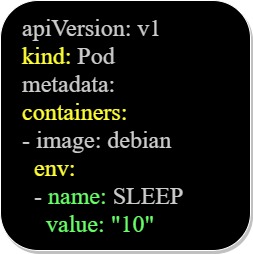 Configmap Yaml file:
A configmap is a kubernetes resource that could be created using  a Yaml configuration file.
Below is an example of a configmap in a Yaml file "config.yaml": 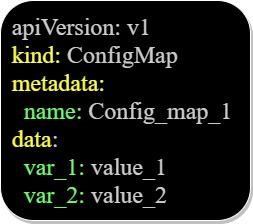 We then create the configmap using the below command: